Omega watches are renowned for luxury, appearing on the wrists and wish lists of professionals and big personalities across the globe. One of the most esteemed and innovative brands for the manufacture of premium Swiss watches, Omega carries prestige and respect everywhere it goes. The notorious charm and unbeatable performance exemplified in Omega’s iconic Seamaster collection is instantly recognisable as the timepiece worn by James Bond; his brand of choice since 1995. If you’re looking for a timepiece from a company with ground-breaking achievements, look no further than a new Omega watch.

Explore Omega's new selection of watches at Mappin & Webb. These eye-catching designs are full of colour and innovation, with plenty of choices to suit every personality and style.

The Speedmaster Moonwatch is one of the world's most iconic timepieces. The much-loved Moonwatch is now a Master Chronometer with powerful new updates. 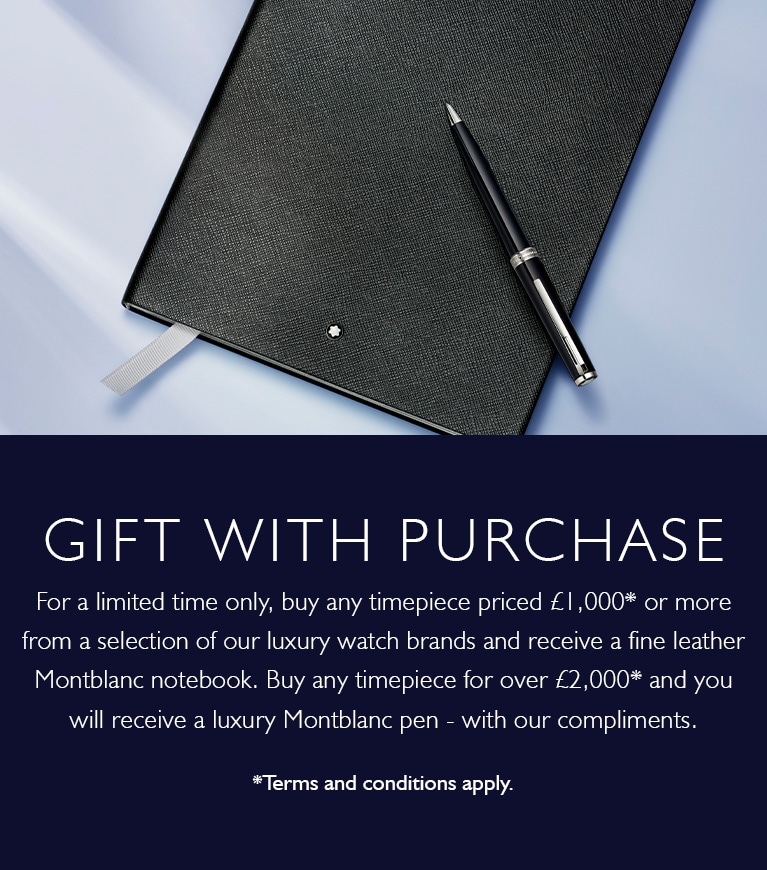 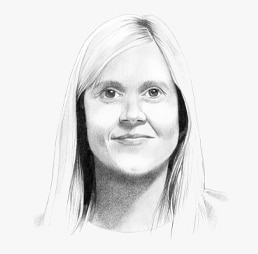 “If you're looking for a timepiece that exudes luxury and precision, the latest OMEGA pieces are heaven sent. One of the latest collections is the Constellation. A combination of new materials and a 41mm case brings this iconic and handsome watch bang up to date. I love how the hands and indices have been given a slimline update, taking inspiration from the Manhattan skyline and most notably the triangular facets of the Freedom Tower.”

Find your nearest Mappin & Webb boutique and book an appointment with one of our specialists.

We are proud to operate dedicated Omega boutiques that provide world class services tailored to your needs.

Let our in-house watch and jewellery experts guide you through your own personalised shopping experience from the comfort of your own home or office. Our hands-free co-browsing option allows you to sit back and chat with our experts as they do the browsing for you.

We were privileged to catch up with Nick Foulkes, a renowned author, journalist and watch expert who joins Watches of Switzerland...

The OMEGA brand is synonymous with innovation, but even the most dedicated collectors may be unaware of some of its greatest achievements...

It is January 2021 and against all odds, OMEGA is already at the forefront making one of the most impressive announcements...

Since 1848, OMEGA has continuously made history and has established a reputation as one of the world's great watch brands. Masters of the traditional art of watchmaking, OMEGA have proved themselves to be among the industry's most adventurous pioneers. For more than a century, OMEGA has been involved in the precision timing of international sporting competitions in athletics, swimming, golf and sailing and, since 1932, the Olympic Games. The Olympic and Paralympic Games give OMEGA the opportunity to serve the world's best athletes with ultimate precision and unreserved pride. Introduced in the OMEGA Globemaster, the new Master Chronometer certification is granted to watches that pass a series of eight tests approved by the Swiss Federal Office of Metrology (METAS) and whose movements have already been qualified as COSC-certified chronometers. Master Chronometer marks another turning point for OMEGA, whose legacy has been built on its commitment to quality, design, precision and quality.

From the Seamaster to the Speedmaster Chronoscope, the precision in the manufacture of each Omega timepiece is unquestionable. Meticulous detail carved into every watch provides unrivalled durability, making it the investment of a lifetime. If you’ve got an eye for luxury, let Mappin & Webb help you realise your plans to find something exquisite.

The remarkable feat of its reputation and global influence has set Omega into a league of its own. Established by Louis Brandt in a Swiss town nestled amongst the Jura mountains, Omega germinated from a tiny workshop in 1848 and blossomed after being passed through the next generation.

After their father’s death in 1879, Brandt’s sons stepped up to the mark and produced the first minute-repeating timepiece just 13 years later. The rest is history: following the beginning of an enduring partnership with the Olympic Games in 1932, the release of the Seamaster in 1948 solidified the brand’s reputation as leaders in the manufacture of luxury watches for men and for ladies.

Ever since their inception, Omega watches have been on hand at key points in history. They were chosen and worn both by Britain’s flying corps and the US Army for official timekeeping in combat units during the First World War, seeing nations through pivotal moments in time. Furthermore, not only has Omega been the official Olympic timekeeping device for over 80 years but also, thanks to NASA, it stands as the first wristwatch in space and on the moon.

Luxury and unrivalled functionality have always been at the core of all designs, with each watch taking up to 500 hours to make. The value of a genuine Omega timepiece can be determined and revealed through the hours of delicate, assiduous care taken in its manufacture.

Known for being James Bond’s timepiece of choice, the Seamaster is the oldest, most developed model in the current selection offered by Omega. With Omega already earning a reputation for its reliable and robust divers’ watches, the Seamaster was launched in 1948 in celebration of the brand’s 100th anniversary.

The original Seamaster was inspired by submarines used in the Second World War, with Omega implementing an O-ring rubber gasket to offer improved and unrivalled water resistance. The Seamaster could withstand depths of up to 60 metres and temperatures as low as -40º Celsius, making it one of the toughest, most durable timepieces in history.

Amongst the most popular Omega watches for sale in the UK and worldwide, the Speedmaster has attracted high-profile clientele for decades. Newer renditions pay homage to the original release but, if you’ve got an eye for detail, it’s worth exploring the full range of distinctive Speedmaster models available within the online collection.

From the showstopping Master Chronometer Chronograph to the more understated 38mm model, the fundamental features of a Speedmaster make it unmistakable. With a pusher either side of the crown and two or three elegant subdials as standard, it’s impossible to forget.

Caring for your Omega watch

We know you’ll want to keep your Omega watch in pristine condition for as long as possible. Luxury timepieces not only carry sentimental value but could retain or even increase their value over time, and we understand that our clients might see their watch as an important investment.

That’s why we’re proud to offer our Mappin & Webb Care for our valued customers to protect watches and other luxury jewellery. After a simple one-off payment, your watch will be insured on us.

We will repair or replace your item hassle-free and, if you do need to make a claim, rest assured that you’ll receive no penalties. You’ll also be eligible for a complimentary annual in-store clean and inspection, which could be vital for long-term maintenance.

Our dedicated team of experts would be delighted to hear from you if you’re considering joining the exclusive band of Omega watch owners. With years of experience in the trade, we can provide specialist advice tailored to your own vision and desire for a luxury watch.

We’re proud to have a successful partnership with Omega, a brand adored by our clients and colleagues alike. If you’d rather try on a watch to get a feel for the style and fit, why not pay us a visit at your nearest boutique? Each boutique is crafted to present the showpiece Omega watches in the most luxurious environment possible, and that’s just one of the reasons why we’re a trusted UK partner.

Back To Top
Trustpilot

Mappin & Webb is a trading name of Watches of Switzerland Company Limited. Registered Office: Aurum House, 2 Elland Road, Braunstone, Leicester, LE3 1TT, Registered in England and Wales, Company number 00146087. Registered VAT Number 834 8634 04. Watches of Switzerland Company Limited acts as a broker and not a lender and offers finance from Secured Trust Bank PLC trading as V12 Retail Finance and PayPal (Europe) S.à r.l. et Cie, S.C.A., 22-24 Boulevard Royal L-2449, Luxembourg trading as PayPal Credit. Watches of Switzerland Company Limited is authorised by the Finance Conduct Authority. Our registration number is 308710. Credit provided is subject to age and status. Terms and Conditions apply. UK residents only. We may receive a commission if your application is successful, and the amount may vary depending on the product chosen and the amount of credit taken out.